Find Your Career Purpose and Move! 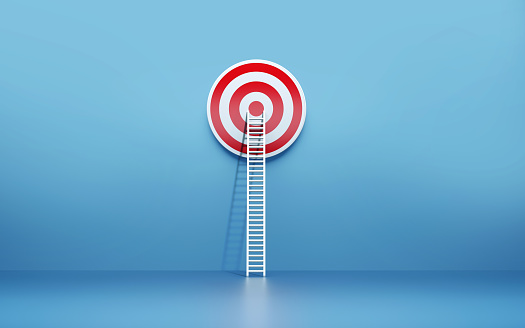 As a results-oriented leader, you understand the importance to your team in defining the mission and what you collectively need to achieve.  It is no different with the job search process.  As the old saying goes, “If you don’t know where you’re headed, any road will take you there!”

Our initial coaching goal is to recreate Your Camelot in today’s executive job world and the realities of your career to-date.  If you understand what got you so jazzed in Your Camelot moment, we have the foundation to build what that ideal job could look and feel like in today’s world.

Often times, Your Camelot experience comes earlier in your career as in the case of an executive that I’ll call Terry.  Terry had a remarkable marketing career with a well-known, global consumer packaged goods firm.  Her progression through the marketing and brand ranks during the first 12 years of her career with the company was most unusual – if each stage of progression typically took on average 2-3 years, it took Terry only 12-18 months to get promoted.  Every brand and product she touched quickly exceeded market share objectives and revenue growth projections.  If there was a brand challenge or problem too big for most of her peers, Terry was thrown into it and quickly fixed whatever ailed the brand to put it back on track.  Nine promotions in 12 years – Not too shabby!

While those first dozen years were the proverbial rocket to the moon for Terry, her last 6 years were anything but.  She was given a product category that was the cash cow for the enterprise.  To many in the company, the most prestigious brand of all.  Huge volume, but modest, steady market above growth that threw off great cash flow, but modest margins and profitability.  Her job was “to stay the course,” avoid the icebergs and keep the cash coming.  As expected, she performed well, but the light that was lit in those first 12 years that kept her excited and energized went out in the last 6 years.

She became so good at keeping the cash coming and margins steady that the company needed her in place so the company continued to give her great raises and above target bonuses.  But in the end, her motivation, excitement and energy had been tapped down and very played out.

We discovered together that Terry’s Camelot in those first 12 years was the challenge of learning new brands, products, people and customers.  She was jazzed each morning to discover something new to learn and what it would take to overcome a problem or hurdle.  We discovered her Camelot was learning in a dynamic environment; the polar opposite of what she had been in for the last 6 years.  Frustrated, bored, and unchallenged, the signs were all there, time to move and transition beyond her CPG experience.

In effect while Terry could have stayed with the company and done very well financially and more than likely been able to move to another job eventually, she found her conversations with superiors about moving to a new brand or another responsibility were going nowhere.  She felt undervalued, ignored and her enthusiasm stalled out.  Time for the next adventure.

As we began our coaching, we focused on 4 additional target industries to explore.  Technology, healthcare products, life services and bio-tech were dynamic industries throwing off innovative new products, processes and services all the time – a veritable trove of new learning and challenges for Terry.

Pretty quickly Terry found that her leadership and marketing skills were in high demand in industries best known for their technical and R & D prowess.  Today she’s the CEO of a mid-size bio-tech player and just as jazzed to go to work as she was in her Camelot years.  She recreated that passion, energy and spirit for learning that so motivated her earlier in a new industry that literally relit the light of passion and purpose for her.

You have Successfully Subscribed!